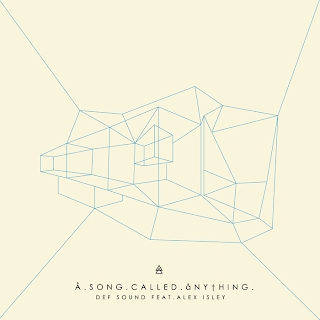 Not long after the initial onslaught of 2012, essentially during the first minutes of this New Year... my email inbox was graced with a message from one "Thomas Defferson" @ ILLAV8R. Labeled, "HAPPY NEW ∂eƒ Sound!! "A Song Called Anything" featuring Alex Isley" said email contained a BRAND NEW mp3 track from eclectic artist, Def Sound. One of my [early] favorite lyrical fragments from the track alternatively stylized and accented as "▲.song.called.åny†hing." has to be "If plan A fails - 25 letters left." Produced-recorded by equally eclectic artists, ®C & Brook D'Leau, "anything" really is a pretty solid blend of genres: Rock, Hip-Hop, Funk-Soul, Jazz, Dance, R&B, Electronic. Def Sounds.'s long-rumored sophomore album, "Anything: The Idea Machine" is coming soon(er) - This coming Spring. If you like what you hear, surf on over to Def Sound.'s Bandcamp page and check out his densely-layered backcatalog, tunes which should aptly suffice during this lay-over period.


This morning @ breakfast, my Dad was talking about how he saw this new group on 6abc's "New Years Rockin' Eve" last night: "Stephanie + The Foundation." Even in my slightly altered state, that band name just didn't effectively jive... After a few minutes of short descriptions, I realized he was talking about Florence + The Machine; I still have absolutely no idea who this "Stephanie" is - Must admit, I'm slightly intrigued. In honor of my pops, I figured I'd post this Florence music video, which has been on my radar for a while now. Been unsure as to exactly how to go about posting it, and this seems like a proper place as any. The Machine laid down this very string-accented cover of "Take Care" @ BBC Live Lounge just 10 days after the release of Drake's similarly-titled follow-up album. Despite quite the mutual admiration and some collaborative rumblings, Miss Welch & Aubrey have yet to work together. Both Florence + The Machine/Drake's sophomore albums -- Ceremonials & Take Care, respectively -- are now available for your listening pleasure(s).
Posted by Matt Horowitz at 9:07 AM