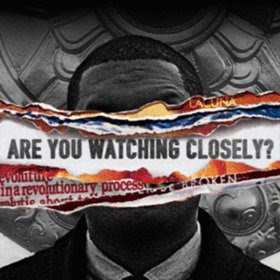 Jay Electronica is quite arguably the most prolific, storied, and mysterious rapper(s) of our current generation all rolled into one; A man who's painfully short backcatalog speaks nearly endless volumes. Aside from a few batches of tracks with unknown origins, Electronica has only released about 5 single-worthy tunes since quietly appearing on the scene in 2004: 16-minute [debut] opus "Act I: Eternal Sunshine (the pledge)," "Exhibit A (Transformations)," "Exhibit C," "Shiny Suit Theory," and "The Announcement." Since Act I's initial release (2007), it's proper Nas-assisted follow-up has often been long-rumored, time and time again. Frankly @ this point, I'm beginning to wonder whether or not it even exists. Soon after signing to Jay-Z's very own Roc-Nation label in 2010, Jay Electronica announced the supposed completion of "Act II: Patents of Nobility (the turn)" via Twitter.


Don't hold your breath... and in the meantime, let's take a trip back to a more positive, productive period of Jay Electronica's fledging young career: The early 2000's. After fleeing post-Hurricane Katrina New Orleans, Electronica essentially became a nomad - Living and quickly leaving major cities including: Philly, Baltimore, Detroit, New York, and Atlanta. During his stay in Detroit, Jay Electronica managed to spark up a friendship with producer-engineer, Mike "Chav" Chavarria, who in turn introduced him to both J Dilla and Mr. Porter [Kon Artis]. From what I can tell, there are about 6-8 Jay Electronica tracks flourished with Dilla-crafted beats:

"Well, they were songs that I recorded before he passed [2006], but we didn't work on them together. The songs of mine over Dilla beats are from an album I did back then called War with The Dragon and we hadn't had the opportunity to work [together] then."

I'm almost positive that the bulk of these J Dilla donuts were pulled from Beat CD '05 #1-3, a set which leaked online shortly after Dilla's death but was surely floating around industry circles for a while. "Dimethyltryptamine" was alternately used to soundtrack DOOM's flow on a segment of "Gazillion Ear" from Born Like This (2009) and "Suckas" originally appeared on Busta Rhymes & Mick Boogie's Dillagence (2007) as "Takin' What's Mine." Eager fans can expect Jay Electronica's proper Roc-Nation debut, "Act II: Patents of Nobility (the turn)" TBR sometime within the next 3-5 years.
Posted by Matt Horowitz at 4:01 PM