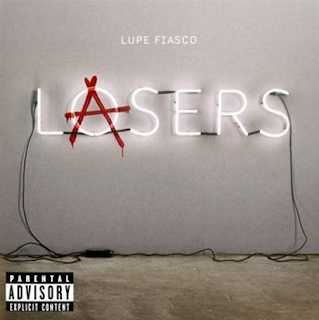 Lupe Fiasco is a lot like that boy who cried "Wolf!" You know, the one from the children's story who was always talking about impending wolf attack(s) and then when it finally did happen, no one really believed him until it was too late. Well, Lupe Fiasco seems to haphazardly announce a lot of premature "release dates," which 9 times out of 10, don't ever seem to pan out. But even with such a scattered track record [discography]. Fiasco still remains one of this generation's most utterly prolific lyricists. Lupe Fiasco's latest career move is that of a gradual shift towards DJ'ing. Under the collective musical moniker, "The SNDCLSH" Fiasco has teamed up with manager-friend, Sky Gellatly to liberate "Letting Go" (Remix). The first official taste of his non-Hip-Hop Electro side-project

The SNDCLSH, the collaborative music duo of DJ Lupe Fiasco and DJ Sky Gellatly, have dropped their first official track, the collaborative remix of "Letting Go" with the DJ and producer wonder DJ Kue. The song is a glimpse into The SNDCLSH debut EP, "Don't Drop The Flag," an all Electronic music album... and in keeping with the philanthropic [spirit] of Lupe and Sky, they have pledged to donate ALL of the proceeds from their upcoming EP to kids in need. Yes, every single dollar. Be on the lookout for more SNDCLSH tracks in the coming weeks, and for an early 2012 album drop from The SNDCLSH.