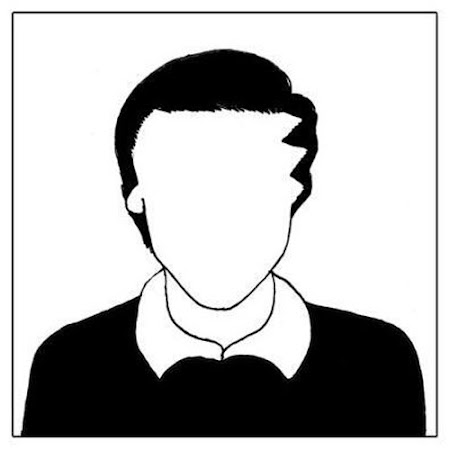 "I wanted to make a full, lush-sounding album that retained lo-fi aesthetics... something that works as one big piece, instead of just a beat batch. Tried to mix everything together like I would a DJ set, hopefully it works. Also notable that I included a no-sample, guitar-based track ("duckling") and worked with an artist (Jared Pittack) on the cover. I usually don't included my non-beat music because it feels out of place, but it just felt appropriate to put it on there. Letting someone else design the cover was awesome, Jared came up with all that on his own and I think the tape is the better for it. Thx for the support man, cheers," self-described "electric wizard/cave-dweller" All These Fingers (âtƒ) wrote within a recent email containing his latest, and 44th released, mixtape: golden pears. I recently got in touch with âtƒ after hearing Future Islands frontman Sam Herring, aka sharp-tongued emcee Hemlock Ernst, ferociously rhyming over his Secret Places track "Bonfa Situation"—now, quite fittingly re-titled "My Myopia Freestyle." âtƒ additionally produced my friend and frequent collaborator Darko The Super's Already Dead Tapes-released Carve a Happy Face On My Tombstone, as well as it's companion B-side out-takes A Denial.


"Sam hit me up and sent me the track, asking if he could post it. I obviously thought it was great and gave my permission... apparently, he had been a fan of my stuff for a while, which was kinda crazy. I knew his work with Madlib, but honestly, never made the Future Islands connection, since I'm not up on a lot of non-rap/beat music. My roommate was like, "hey, his main band is really awesome and pretty well-known!" I'm stupid," All These Fingers said of his collaboration with Sam Herring, whom he didn't previously know was Future Islands' erratically dancing frontman; âtƒ added that he hopes to release more material with Hemlock Ernst in the near future, as he " just hit him with a batch of new stuff recently." All These Fingers' staggering 44th release, golden pears, is currently available for your streaming and listening pleasure for just $1 (or more) from his personal Bandcamp page. It's an eclectic Hip-Hop, Jazz, and Electronic-indebted 22-track instrumental beat collection, which I would likely equate to the collected works of Lil B & A$AP Rocky beatsmith Clams Casino or even The Grey Album and Gnarls Barkley mastermind Danger Mouse.