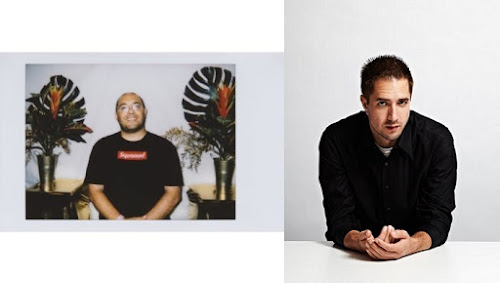 It all started with one fateful Passion of The Weiss-published Rework The Angles piece re-arranging Mos Def's pummeling Bad Brains & Living Colour-assisted The New Danger (2004) penned by Zilla Rocca. I soon realized, through a number of conversations with the man himself, that Zilla was in fact, a Philly-based rapper, producer, and Noir Hip-Hop originator; along with Minneapolis-based producer and music critic Egypto Knuckles, Zilla Rocca recently started a nostalgic 90's-leaning inner CD booklet highlighting @RapBooklets Instagram and Twitter page. I recently discovered Egypto Knuckles' Soundcloud page, which showcases a number of 2-5 year old instrumentals and assorted compositions, as well as "TV Party," which somehow miraculously manages to sample Black Flag's similarly-titled 1982 12-inch EP. "10 years. Sometimes, you pour everything into an idea: money, time, effort, energy, and focus all of it into a greater good. Sometimes, those opportunities will be successful; other times, you appreciate the small victories hoping they will out a bigger victory within your sight. There are other times it will be utter chaos and total failure. In 2006, me and several people started a collective called Background Noise [Crew]. We've had a ton of releases, performed with most of the local scene large and small, have had a good amount of local and national press, and celebrated the release of each project like a newborn into the world. This coming Friday, me and Analyrical will release The Heartbeat EP, a project that has been about four years in-the-making," Egypto Knuckles wrote within a recent emailed statement.


Egypto has decided to team up with fellow Minnesotan Analyrical to release, The Heartbeat EP the final project on his label imprint, Background Noise Crew (BNC). "This was also during an experimental phase in my production process where I started to learn what it really means to produce an artist from the top down, which is essentially all I've been doing and collecting knowledge of for 10 years. On my side and Analyrical's side, we've both been through a lot of personal trials and tribulations and all of it culminated into this project here. This is the last release in BNC's history, our proper burial of the collective that was started 10 years ago. In essence and hindsight, the closing of this chapter is nevertheless, a tough one. It's one I would be remiss in not saying that if it weren't for BNC, the other opportunities that arose from those ashes I have been fortunate to have wouldn't have been as plentiful, fun, or as abundant as what I've been taking part in now," an impassioned Egypto Knuckles continued. The Heartbeat EP will become available on Analyrical's Bandcamp page this upcoming Black Friday, November 25th in a whopping 27-track Deluxe Digital Edition package; complete with The Heartbeat EP's seven contained tracks and a bonus track, clean versions of "Face It," "The Heartbeat," and "Stealing Sundays," eight instrumentals, and eight acapella edits. It'll be interesting to see if any zealous, beat-minded fans come up with any interesting Heartbeat EP Remixes, if so: please feel free to send them to me at sharpcheddar856@gmail.com and I'll happily FWRD them to Egypto Knuckles & Analyrical. Happy remixing, guys & gals!

Posted by Matt Horowitz at 9:30 PM