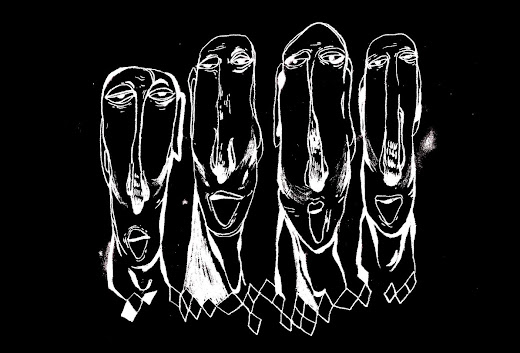 "Jaubi is a collective of musicians hailing from Lahore, Pakistan who aim to create whatever sounds good and whatever feels good. The emphasis is on amalgamating different musical styles such as Indian Classical music, Jazz, and Hip-Hop into short musical pieces," producer, guitarist, and kalimba player Ali Riaz Baqar wrote within a recent emailed statement. Jaubi (جو بھی) is an urdu word, which roughly translates to "whatever;" a sentiment that has directly influenced their band mantra of "creating whatever sounds good and whatever feels good." I recently stumbled upon Jaubi while researching for a then as-yet-unpublished interview with Basement Donuts mastermind and She's So Rad frotnman Jeremy Toy. Stones Throw wrote, within their piece titled LEONARD CHARLES - BASEMENT DONUTS - J DILLA TRIBUTE: "our friend DJ Mehdi, who passed away in 2011, was among the first to create a whole album inspired by Donuts, his 2006 mixtape Loukoums. The Roots gave the world Dilla [Jawns]. As far away as Pakistan, the band Jaubi covered "Time: Donut of The Heart." Following my since-published interview with Jeremy Toy, I reached out to Jaubi, via their Bandcamp-listed email address and Ali Riaz Baqar wrote back. After a few weeks worth of emailed exchanges, here's a comprehensive 10-question interview conducted with Baqar; spanning everything from covering Dilla, their The Deconstructed Ego EP and its forthcoming follow-up, seamlessly blending Middle Eastern and Western styles of music, and covering everyone from Nas & DJ Premier to MADVILLAIN... trust me, I've heard Jaubi's early home demo rendition of Nas' DJ Premier-produced "NY State of Mind" (cleverly re-titled "Lahore State of Mind") and it's most definitely something to keep an eye and ear out for!

I. How did you first come to hear J Dilla's music and ultimately, decide to include your Indian Classical-influenced covers within The Deconstructed Ego EP?

It was actually through D’Angelo that I discovered J Dilla. I was listening to Voodoo (2000) non-stop and started to research about everything involved in making that album because for me those songs are like gems and are the epitome of contemporary musical excellence. During that research process, I listened and read a lot of interviews about Voodoo and the whole Soulquarians [collective] and one of the recurring themes/names mentioned was Dilla, especially his drumming style. Then I went back and delved deep into the Dilla catalogue and my ears were opened to not only a new sound, but also a new approach to music. The decision to include “Dilla-esque” songs on the EP was never the plan because it didn’t really fit the Indian Classical music vibe, plus the emphasis for the EP was original music. “Dilla Taal” came about after listening to [Slum Village's] “Fall In Love” repeatedly and jamming over that simple motif in different taals (time signatures). Since it sounded right, it was left on the EP. After discovering Dilla and realizing his death anniversary was coming up, I posed to the others to record a short dedication covering one of his songs; in fact, that was the last song that was recorded.

II. How have "Dilla Taal (For Dilla)" aka "Fall In Love" and your unique rendition of "Time: Donut of The Heart" been received by the greater Hip-Hop community? Has Jaubi gotten any note-worthy feedback over the past few months?

“Time” was released in February 2016 in memory of Dilla passing away 10 years ago. When it was released, I remember saying to myself “I would be happy if only 50 people viewed it” because no one knows us musically and we didn’t have any other songs that were released, at that time. Then, within a few days, it started to get some attention. It was surprising, but gratifying, when Madlib Tweeted us and when The [James Dewitt Yancey] Foundation Facebook page shared our cover. “Dilla Taal” got some attention, but not as much as “Time."


III. "Jaubi is an Urdu word roughly translating to "whatever;" creating whatever sounds good and whatever feels good is the goal," as outlined within your Bandcamp page. How do you typically go about discovering and presenting styles to your band mates to add into to Jaubi's ever-evolving sound?

Discovering new artists is a process of trial-and-error, after constant listening and researching. It can sometimes be a long journey with a low yield, but when you find someone’s music that moves you, it is as if they define your whole essence. Presenting different styles to the others is easy because they guys are so technically advanced, they can try anything. More importantly, they have an open mind and willingness to try anything. The difficult part comes when trying to find that balance between East and West and doing justice to each song.

IV. While I love the title "The Deconstructed Ego" and its companion EP artwork, what exactly is it intended to mean or signify?

The fundamental philosophy during this EP was to put egos aside and create without any egotism; doing the songs justice, rather than our ego justice—leaving arrogance and technical pomposity outside. When you deconstruct or break down the ego, then only can you achieve musical purity. The cover was inspired by an anatomy drawing of a cadaver, where the vessels and muscles were exposed. I really liked that picture, as I felt it signified the philosophy. Anne Selling worked her magic! 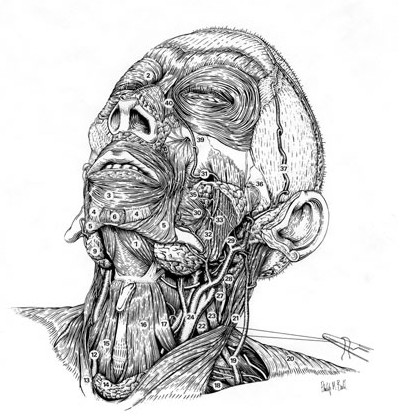 V. What's next for Jaubi... do you have any current plans to record any more J Dilla covers or similar-minded material from any additional Hip-Hop luminaries? And how about a proper follow-up to The Deconstructed Ego EP?

We’re just about to start working on our next project and it will be mainly Hip-Hop-based with some horns and vocal harmonies, but coming from an Indian Classical music perspective. One song that will be recorded is “N.Y. [Lahore] State of Mind” by Nas & DJ Premier. It is in pure classical music style, staying within a raga and taal. Another song that we’re working on, at the moment, is J Dilla’s “Alien Family." Other’s may be MADVILLAIN’s “Figaro” and/or “Shout” by ONYX. I’ve also produced some beats that may sneak through; who knows!


VI. What's your typical recording process like? From what I've seen within your "Time: Donut of The Heart" video, it almost looks like a live in-studio or largely improvised set-up.

It’s a combination of both, but largely depends on the song. The percussion-based ones are virtually entirely improvised, whilst the more melodic ones have the structured main melody and then, everyone is free to do whatever they want.


VII. You previously mentioned your "love for Dilla + Hip-Hop," so what would you likely name as a few of your favorite Hip-Hop releases of the past 12-18 months (be they from America or other parts of the world)?

One of my favorite recent releases is Cold Radish Coma by a band called 30/70 hailing from Melbourne, Australia. It doesn’t have any emcees rapping on it, but it’s a fusion of all the good musical styles. Also, I’ve recently discovered the lo-fi Hip-Hop beat scene and really like that, especially some producers from Japan (e.g. Youtaro). For the new EP, I’ve mainly been going back into 90’s Hip-Hop and really digging Lord Finesse, A.G. etc.

VIII. What are the names of each member in your band and what role do they ultimately play in the Jaubi writing and recording process?

The current line-up is Zohaib “Zebi” Hassan Khan (sarangi), Qammar “Vicky” Abbas (percussion), Kashif Ali Dhani (tabla), and myself, [Ali Riaz Baqar] (guitar). The writing process usually begins at my house, when Zebi and Vicky come over and I present ideas to them and we jam and try and structure them into a certain raga or taal. It is very much a collective writing process; we’re open to everything! We then record them on my laptop, listen to it, and decide which songs we like and record them properly in the studio. Often times, we have to copy ourselves from the home demos because of the improvisational nature.


IX. What would you likely cite as some of your greatest sources of influence on The Deconstructed Ego EP and its currently in-the-works follow-up?

For The [Deconstructed] Ego EP, Ustad Bade Ghulam Ali Khan, and Pat Metheny were probably the biggest influences for me, but for the next EP, definitely D’Angelo, Dilla, Bill Evans, Parliament-Funkadelic, and Sun Ra are perhaps the main influences.

X. I'm always open to hearing music from all parts of the world; however, I can't say I'm familiar with much World Hip-Hop... could you likely turn myself and my readers on to any sharp-tongued emcees hailing from in or around Lahore, Pakistan?

The music industry within Pakistan isn’t that commercially viable and most people release music independently. There are only a handful of full-time musicians; majority of them stick to Pop stuff for a variety of reasons, so there’s hardly any Hip-Hop artists out there (or at least hardly any artists that are releasing music,yout anyway). Adil Omar is perhaps Pakistan’s most famous emcee. He hails from Islamabad and has recorded with Xzibit.