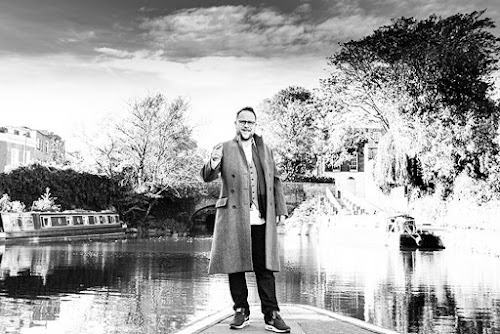 "Bringing their Northern Coal Music to the masses once again, Smoove & Turrell, our favorite Newcastle bunch return with a new record, Crown Posada, and a new single "You Could’ve Been a Lady." Today, we premiere the video for the track, produced by David Macgill and directed by Smoove & Turrell themselves. These chaps have been holding their own for quite sometime, broadcasting a blend of Soul and Electronic music that has propelled them from their North East base to international festival favorites. They are working-class to the soul (pun intended), and this first track on the record is a beautiful re-working of the Hot Chocolate track. While the original, slower and sweet with it’s heavy guitars can move you like it’s 1971, and the April Wine version is a little more upbeat and 70’s radio style, the Smoove & Turrell version is updated, more Dance-friendly, and has that back beat that knocks. Let us not forget the organ that winds itself in and out throughout this massive choon. On this latest effort, which comes out on Jalapeno Records October 14th, they turn out a wellrounded LP that would make your mum get up and dance. From the Disco bassline of “No Point In Trying” to the Hip-Hop influence on “Slave to The Blues” and the massive Soul influence throughout the entire record, Smoove & Turrell are indeed one of a kind.

Let’s get serious here, there are 11 tracks on this record and they all bang on. It’s working-class music for working class people, but you are all invited to the party. John Turrell’s voice is really one of the greats of our times. Whether you are familiar are not, you can’t deny the talent when this guy opens his mouth. It doesn’t sound of this era, but blends perfectly with a contemporary record that pays an homage to so many things. From childhood memories to relationship woes and a local, legendary watering hole, Crown Posada has something for everyone. His voice has the range to take you on a journey through influences, beats, and back. Check out the video for “You Could’ve Been a Lady” and pre-order the full-length below. This tune (along with the LP) will sweep you off your feet like Bobby Moncur did to Geordie supporters way back when. The band is defending the Northern Coal Music in the same fashion, get to know these chaps," Flea Market Funk founder and scribe DJ Prestige wrote within his recent "You Could've Been a Lady" premier. I recently reached out to Jalapeno Records and 9PR, who eventually, got me in direct contact with self-described "singer, lyricist, and melody-maker" John Turrell. One half, and partial namesake, of Smoove & Turrell, John Turrell thoroughly answered my emailed questions, which you can now see transcribed and thoroughly enjoy within the comprehensive 10-question interview below.

I. How did you initially go about choosing Hot Chocolate’s “You Could’ve Been a Lady” to cover for Crown Posada and what made you decide to include it as the album opener?

It was my best mate Jay, who sent me link on YouTube with the live footage of the [Hot Chocolate] track. He said that if Smoove & Turrell did a version he would buy me an Afghan coat like Errol Brown was rocking in the video. I immediately fell in love with the track. We tried it out at a rehearsal and everyone loved it. As far as it being first track on the album, it just seemed to fit as a great intro—we had been away for two years and it seemed the right one to say, "hey, we're back!"


II. Would you care to talk for a minute about the though process behind and creation of your self-directed chin-faced “You Could’ve Been a Lady” music video, which was very recently premiered at Flea Market Funk? It’s such a fun visual!

It gets to the point with videos where you have to start thinking a bit left-field. I was trying to get ideas that could involve the whole band, but not your standard moody guys standing around trying to look cool—we're a bit old for that now. When I was little, I always loved the McEwan's Lager advert and I'd never seen it done again since. Then, when I was on holiday, my daughter Charlie had me creased by doing finger dancing to some seriously bad Italian Pop. That was it really, I just said to the lads we need to do this "sh*t good," in other words, totally home-made, but still crisp enough to pass as a real video; I think because of this, it's a lot funnier than, if it had of been done really [professionally].


III. For those who may be unfamiliar, would you care to briefly describe each members’ role in Smoove & Turrell: Smoove, John Turrell, Mike Porter, Andy Champion, Lloyd Croft, and Lloyd Wright?

Smoove is the producer and beat-maker, in essence, the man that puts in the hours to bring it all together. He always has a vision of how we are going to eventually sound. We don't have an Abbey Road to go to, so our sound is directly down to him; what he can do with a bit of crisp equipment and a good laptop is no one's business!

John Turrell: I am the singer, lyricist, and melody-maker. I work between Smoove and the lads to create the ideas ready for recording.

Mike Porter can only really be described as a one-off, he's the mascot of S&T. He's obsessed with analogue keyboards and Stone Island coats. He's a great lad and I don't think you'll find another one anything like him.

Andy Champion is the man who holds it down, whether that's in his writing capability or in his on stage presence as the band leader. I really think if anything has changed this band for the better, it was his joining on a full-time basis.

Lloyd Croft is a killer drummer; he works so hard to be the platform the rest of us work from. I love how tight our rhythm section is—that's what it's all about live on-stage.

Lloyd Wright is the newest edition to S&T. He has brought so much to us in the last couple of years, both in writing skills and with his on-stage presence. He is a man that truly loves his instrument and revels in the joy of pushing it as far as he can.


IV. What might you list as some of your greatest influences during the writing and recording process attached to your latest album, Crown Posada?

The imagination and skill that the Smoove & Turrell band members bring to the table.


V. We, here at The Wizard, pride ourselves as being a primarily Hip-Hop-centric publication with “an ear on the ground” for any and all genres; with that said, what would you likely name as a few of your favorite Hip-Hop albums of the past 12-18 months?

No, not at all. We are working-class lads doing the best possible recordings with the limited means available. We love writing music so for us there is no other thing we could do. We are who we are, we wear our riches in our match day clothes cut the cloth so much, it's cold!


VII. I see that for your previous CD and 7-inch single releases (dating back as far as 2009) you’ve included a few in-house and outsourced remixes on the B-side of each. Do you currently have any plans to cook up and release any remixes of Crown Posada’s tracks?

I generally leave that for Smoove and the [label] to sort. They are the guys with their ears to the ground, as far as remixes are concerned. They've had some belters in the past, so I hope so.


VIII. Now that Crown Posada has been widely released, what do you fellas have planned next? Are there any immediate plans to tour, release any more singles, music videos, or anything of that nature?

We are currently looking to release our next single, which is "No Point In Trying;" to coincide with the album release, we are starting a UK-wide tour. For all dates, have a look at smooveandturrell.com. Next year, we have a European tour planned with some dates even further afield later on that year.


IX. I’m curious to learn… what was the typical writing and recording process behind Crown Posada like—especially being a 6-piece band?

Very simple really: if any of the lads have an idea, they either work with one of the others to get it sorted or they come direct to me. We generally map things out first, then go to the studio to see Smoove. Other times, Smoove will start with a loop he has found, then calls us in to write.


X. If you were hypothetically able to assemble a super-group consisting of any artist, musicians, vocalists, producers, etc. alive or dead, who would you choose and why?

Why would I want any one else? As far as I'm concerned, I've found the perfect set-up. I'm just thankful that they all chose to work with me! 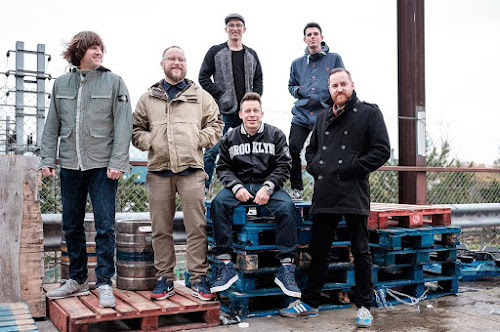