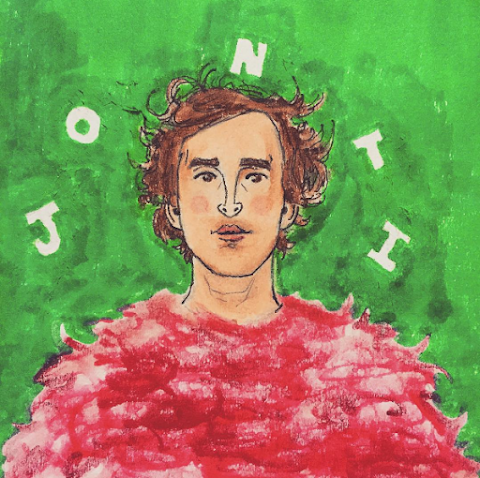 "Yoooooo! Back in 2011, @monkmiyagi [Hodgy] and I connected and put out some music. When we dropped "Nagoya," it really helped me out a lot. Since then, our friendship has grown and we have a lot more music together; "BARBELL" is the first song to come from that. It is also the first single from Hodgy's debut solo album, Fireplace: TheNotTheOtherSide. Hodgy, I'm grateful for your friendship and I hope you like it because there's a lot more music coming from both of us JD X," @jontidanimals wrote on Instagram over the weekend on the heels of Hodgy's first single from his forthcoming December 2nd full-length debut. "Recording "BARBELL" back in May—often, I sit around with my acoustic [guitar] and record harmonies, as a kind of meditation process. I find it soothing; this was one of those, which I then turned into a beat, which @monkmiyagi turned into a track," Jonti continued late Friday night. Fireplace: TheNotTheOtherSide, in addition to Jonti, will feature the vocal talents of Busta Rhymes, Lil' Wayne, Salomon Faye, and likely Canadian songstress Nelly Furtado, who's recently been seen posing alongside Hodgy on his Instagram; as well as production work submitted from BADBADNOTGOOD, Unknown Mortal Orchestra, Knxwledge, 88-Keys, and Nottz, amongst a few others. "BARBELL"'s companion Hunter Lyon-shot clip is a rather cheery, in contrast to Jonti's almost hymnal-esque beat, sun-soaked treatment, which showcases Hodgy dressed in stark white from head-to-toe "chillin' out maxin' relaxin' all cool" on a boat in the middle of a lake fishing, then dragging his boat through the woods, rhyming atop a rooftop, aimlessly walking through the woods, and end up on a cabin stoop. Fireplace: TheNotTheOtherSide's mission statement is to "trade the past for a never ending story. Trade the end for a new beginning. Trade hatred for a better understanding. Trade slavery for freedom. Trade anger for artistic expression. Trade like for eternal love 8."