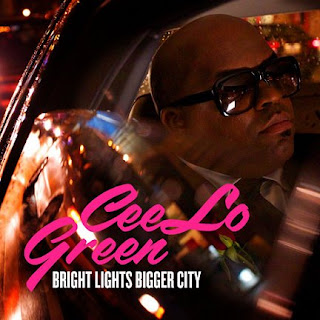 I've always been a casual Cee-Lo fan; From the Danger Mouse pairing, Gnarls Barkley to The Heart Attack (AKA "Love Stink") with Jack Splash's short run, even delving back a bit into Good Mob's mid-'90's heyday releases. Green's prominent role in the "Dungeon Family" [loose] collective along with OutKast, Goodie Mob, and Organized Noise members, as well as other affiliated friends is worth checking out, too.
When I heard the first promo samplings from his 2010 LP, "...Lady Killer," I got pretty excited to hear the rest. Too bad said singles, "No One's Gonna Love You" (the Band of Horses cover) - Paul Epsworth Edit and "Fuck You" (AKA "Forget You"), were the best tracks on the release. "Bodies," later covered/remixed by CurT@!n$ and the track featured here, "Bright Lights, Bigger City" are also noteworthy. But regardless of quality... Once Cee-Lo opens his mouth and reveals those "golden pipes," there's no doubting that he's still got it
Posted by Matt Horowitz at 10:00 PM