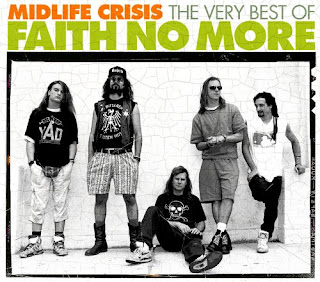 Released a mere 3 years after their previous studio effort The Real Thing (and attached hit single "Epic"), Faith No More unleashed Angel Dust in the Summer of 1992. Serving as the album's lead single, "Midlife Crisis" is like an updated, post-'80's version of Ziggy Stardust's iconic tale; Hence, it details the Rise & Fall of a Popstar. Frontman Mike Patton has said that the song's basis doesn't so much concern a literal "midlife crisis," but is "more about creating false emotion, being emotional, dwelling on your emotions and in a sense inventing them." Recorded/played live under the working title of "Madonna," the track seems to be loosely molded around Miss Ciccone's MTV/public image.
Structurally, "Midlife Crisis" also references a couple other Pop Culture staples. Namely tracks by Simon & Garfunkel and the Beastie Boys [1970's "Cecelia" and 1989's "Car Thief" respectively]. The drum track samples the first bar of the Folk duo's Hail Blaine-assisted hit, while the song's bridge showcases an audio clip from the Beasties' sophomore opus, Paul's Boutique. Some of you [video game heads] may recognize the showcased track from its appearance on the Tony Hawk's Underground 2 ("THUG 2") in-game soundtrack, circa 2004. 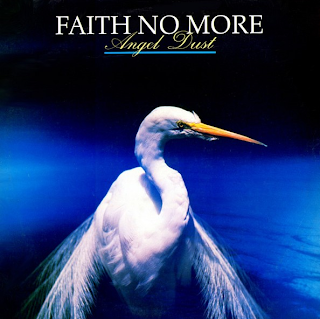 Posted by Matt Horowitz at 8:31 AM