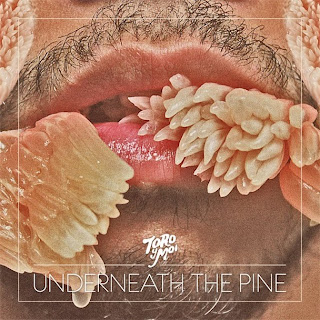 Between albums, Chaz Bundick released a number of assorted (side-)projects; These including - "Sides of Chaz," LES SINS Lina 12," split tour 7"s with friends, and the Toro Y Moi non-album 7" single "Leave Everywhere." "Still Sound" is the first single from said Album #2, Underneath the Pine. Carpark will release Chaz' new collection on Feb. 22 in the US. Seemingly, Toro Y Moi's new record will build on the sound of Album #1, while taking Experimental, Surf Rock, and Dance/Funk elements from the array of side-projects and influences alike.