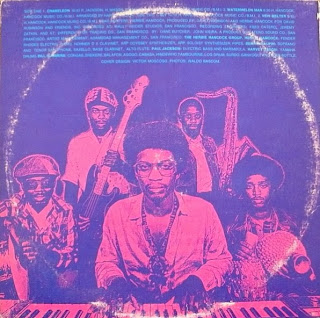 The '70's was a time of "experimentation" for many American citizens nation-wide, including Herbie Hancock. The Jazz pianist had been toying around with new sounds for the span of a few albums, starting with 1970's Mwandishi. Soon thereafter, Hancock found the "new sound" he'd been working towards - the Jazz Fusion/Jazz-Funk featured on Head Hunters (1973). To help convey his musical vision, Hancock assembled a new band, The Headhunters. Made up of Bernie Maupin, Paul Jackson, Bill Summers, and Harvey Mason, the band played many various African-influenced instruments, but no guitar was present. Herbie favored the clavinet [which ended up giving the album it's defining edge] instead.
Clocking in at 41:34, Head Hunters showcased only 4 (albeit lengthy) pieces. All of which were originals, aside from stand-out track, "Watermelon Man." It had previously appeared on Hancock's 1962 Hard Bop-based debut, Takin' Off. Version #2 was tailored to fit the overall sound of the new album, subbing in a beer bottle for its memorable intro. "Watermelon Man" gradually builds and progresses, until the middle section, where it then slowly digresses again. Both versions of the track are highlighted in this post, for good measure. 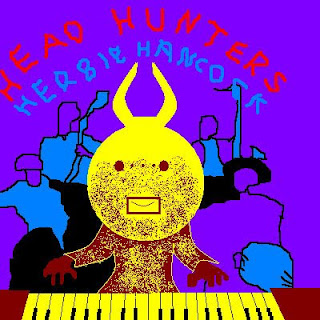