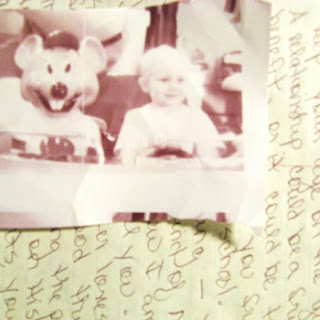 From the little information that I've found, it seems as though Chaz Bell (& Friends?) make/s-up Hips Like Cinderella [which for the record, is one of THE GREATEST band names I've heard in a long time!] According to their bandcamp page, debut "4-track album" (EP), all the girls i know of them, was released back in July 2010. The page's bottom also included [Genre] tags: "bro, chill-wave, dude, indie rock, lo-fi, shoegaze, surf rock, weed. Atlanta." All of which seem pretty fittingly descriptive of the overall sound of the première tracks; The "Atlanta" tag seems to convey that Bell is an Atlanta native.
In this here space, I've highlighted 2 of the EP's 4 tracks - my personal favourites. Head over to Hips Like Cinderella's bandcamp page to grab up the first 2. And remember, you heard it first from The Witzard! - With much thanks due to the good folks over @ Altered Zones.
Posted by Matt Horowitz at 3:23 PM