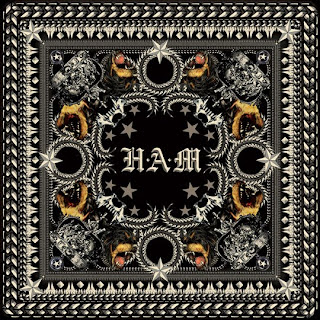 Originally slated to be an EP, Kanye & Jay-Z's debut full-length collaboration Watch the Throne is rumored to hit store shelves on March 1st. Having collaborated in the past on albums, remixes, "posse cuts," etc., the 10-track collection will showcase outside production. A trend Kanye started will his most recent release, My Beautiful Dark Twisted Fantasy, said producers may include Madlib, Q-Tip, Pete Rock, and Lex Luger. The latter "manned the knobs" on the duo's première single, "H.A.M.," which was debuted on Facebook last night.
Posted by Matt Horowitz at 10:26 PM