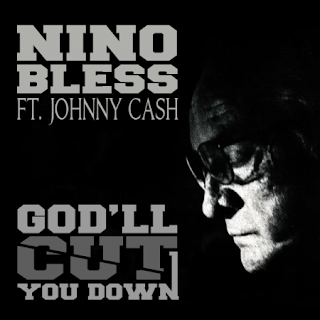 "Just thought I’d do something different. Off a project I’m doing called "A Bitch Named Karma" … Only 10 new songs and its a pretty dark project. Still doing Latin Marksman 2 but in the middle of recording for it, I started doing more conceptual and dark material. That eventually led to "A Bitch Named Karma." I’m 7 songs deep already this is the first song I recorded for the project, last year. The Mixtape will feature Crooked I, Atmosphere, Sha Stimuli, Saigon and production from Scram Jones, Madlib, J Cardim, Veterano, along with with some hungry young talented cats.
I tried to do the late great Johnny Cash justice. I wanted to do a whole mash up project with Johnny Cash material but decided against it cause I didn’t want to look like I was trying to gain exposure off his name. Hopefully I did this song some justice cause Johnny Cash is one of my favorite artist of all time."
- A nice little track explanation, straight from the man himself, Nino Bless.

Posted by Matt Horowitz at 4:19 PM