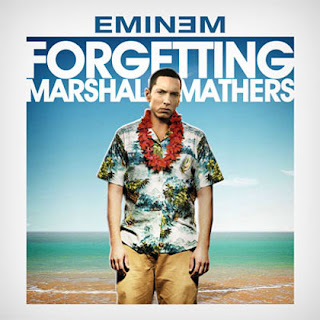 Filmed several months ago (February), on location in Los Angeles, with frequent Eminem collaborator, Joseph Kahn... After numerous photo/video leaks, here's the final edit of "Space Bound." The track was written by singer-songwriter Steve McEwan (hook) and the accompanying music video co-stars former-Pornstar, Sasha Grey. Kahn and Eminem had previously teamed-up to create "Without Me," "We Made You," and "Love the Way You Lie." The latter seems to have a similar overall premise (domestic violence), when compared against that of "Space Bound."


"Em[inem] simply becomes company for her, and she mistakenly takes advantage of that... I don't know if it necessarily has a thorough message, but I think it shows that even the strongest of love meets destruction at some point. Whether or not you come out of it together and whole is an entirely different question."

- @SashaGrey for MTVNews
Posted by Matt Horowitz at 4:32 PM