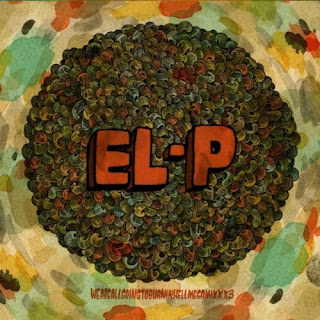 Almost any avid Hip-Hop Head [fan] or rapper should be aware of the importance of cadence and "staying in the pocket." Terms referring to the overall lyrical flow in relation to the beat; Rhyming "out of the pocket" will surely make for a genuinely sloppy final track.
Nocando (James McCall), a former West Coast "Battle Rapper," has without a doubt been sufficiently schooled on the art(s) of cadence/"the pocket." With all that said, I'm not totally sure how Nocando managed to man-handle "Time Won't Tell" the way in which he did... As El-P produced the original in such a way that there's essentially no avid "pocket space" to add in rapped verses. One can assume that McCall's utter raw skill can be chalked up to his time spent with Weird People and Customer Service [collectives], freestyled rap battles a many, and recent traditional studio produced tracks.


"Time Wont Tell" (Version #1) originally appeared on El-P's Summer 2010 mixtape, weareallgoingtoburninhellmegamixxx3, in the form of "Instrumental Track #6." Nocando was reportedly hand-selected by El Producto's [mega-mix 3] label, Gold Dust... Specially picked to create an Official Remix, which would be able to hold its own against the original. That was all put together/released back in Jan. and now the companion music video can be viewed. Building off the "Man crawled through the mud... God said, "Get the fuck off my lawn!'" refrain, the video follows what appears to be an Apocalyptic beach theme - How ironic.
Posted by Matt Horowitz at 10:16 PM