How to Make It In America, Season 2 (Trailer) 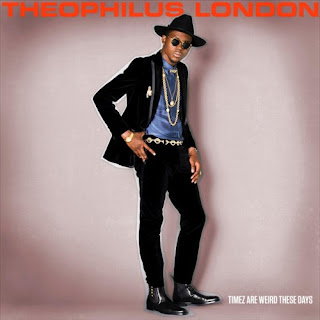 Featured Soundtrack: Theophilus London - "I Stand Alone"
"How to Make It in America follows two enterprising Brooklyn twenty-somethings as they hustle their way through New York City, determined to achieve the "American Dream." Trying to make a name for themselves in New York's competitive fashion scene, Ben Epstein (Bryan Greenberg) and his friend and business partner Cam Calderon (Victor Rasuk) use their street knowledge and connections to bring their ambitions to fruition. With the help of Cam's cousin Rene (Luis Guzman), who is trying to market his own high-energy drink, and their well-connected friend Domingo ("KiD CuDi"), the burgeoning entrepreneurs set out to make it big, encountering obstacles along the way that will require all their ingenuity to overcome."


Season 1 aired [way] back in Feb. 2010... and Season 2 is rumored to premiere Sept. 18, 2011; It will seemingly run about 8 episodes, much like its predecessor. This means that Entourage and it's so-called "East Coast Companion" will most likely run concurrently. How to Make It also stars Lake Bell (Rachel) and often showcases celebrity guest appearances. Pusha T (Clipse) will reportedly have a role in the upcoming season. The show is manned by the writer/director team of Ian Edelman and Julian Farino.
Posted by Matt Horowitz at 4:28 PM