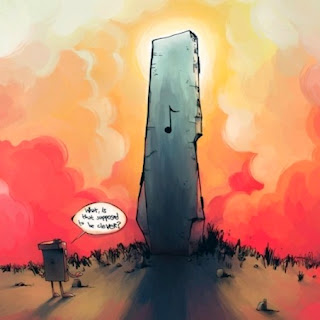 Truly a "DJ of The Times," Josh Davis AKA: DJ Shadow has managed to steadily evolve along with the craft since his 1989 inception. Prepping what will be his first [solo] effort 2006's The Outsider, Shadow is about to kick-start a Summer-long promotional campaign; It will seemingly include "leaked" mp3's, assorted companion music videos, special goodies, a 4-month-long US/UK Tour jaunt, and other assorted surprises.
The first official taste of said album (The Less You Know, The Better) comes in the form of "I Gotta Rokk." Without a doubt, a Rock-infused affair, the track appears @ top billing on the 6-track I Gotta Rokk EP. 2 additional LP cuts, "I've Been Trying" and "Def Surrounds Us," are next up in the tracklist sequence... Then strategically followed by 3 remixes. The 2 album cuts were actually download-able online back in Sept. 2010. Various forms of DJ Shadow's [BRAND NEW] EP are now available for purchase, while The Less You Know, The Better is currently slated for a Sept. 5-6, 2011 release.

Posted by Matt Horowitz at 9:38 PM