Boogie Down BBQ with The [Legendary] Stepkids 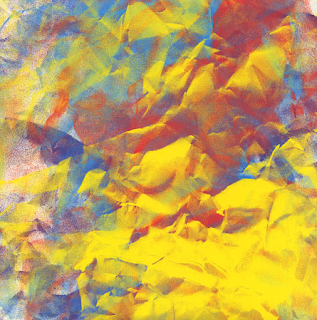 Once upon a time, I had a "Summer Kick-Off" Memorial Day 2011 BBQ. In preparation, I invited a motley crew of close friends including Wyatt Cenac, The Stepkids, and Kurt Braunohler. But of course, the last few additions to the guest list didn't end up showing; I'm sure they were probably off doing something better... like making the people of the world laugh infectiously. The Stepkids are made up of 3 multi-talented singer-songwriters: Tim Walsh, Jeff Gitelman, and Dan Edinberg. Together, they craft a unique blend of Hip-Hop, Psych-Funk, and Pop music - Sounds which can now be heard and enjoyed by way of The Stepkids' self-titled debut long-player (Stones Throw).


Tom Scharpling's finely executed music video concept is in fact, fairly simple: It opens with a CD-peddling New York City street vendor (Wyatt Cenac) selling The Stepkids album to an off-duty "suit," Kurt Braunohler. Once the CD is unwrapped, a hazing purple mist steams up, over-taking Braunohler's senses and slyly transitioning into the next scene. Easily progressing along with the track - "Legend In My Own Mind"'s slow groove, he scarfs down some cereal and gets dressed in the finest 80's B-boy wear... Spreading joy throughout the New York City streets, Kurt Braunohler proudly hoists a one-of-a-kind ghetto blaster up onto his shoulder and proceeds. After picking up some hot dog buns, he eventually ends up @ a backyard BBQ. There he is joined by a cast of colorful characters: Christopher Columbus, random Juggalo, Buckethead, Jeff Bridges, Ginger Spice, Margaret Cho, Bob Dylan, and Jo Calderone [Lady GaGa]. The sun-drenched hi-jinx undoubtedly ensue!
Posted by Matt Horowitz at 1:37 PM