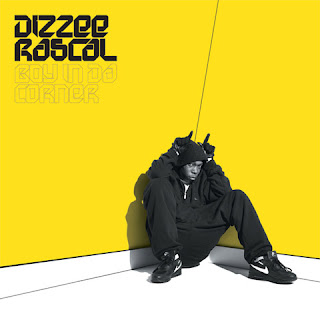 Ladies and gentlemen of This Fine Green Earth, Dizzee Rascal has in fact "made it!" While Rascal has without a doubt experienced a moderate amount of past success(es)... I think we can all agree that being sampled by Madlib and then interpolated as the sole element of a Black Star hook is a whole 'nother level of "industry success." So it seems that the one and only "Beat Konducta" (Madlib) listens to Dizzee Rascal; For what it's worth, I'm really not all that surprised. "Fix Up, Look Sharp" originally appeared on London's very own Grime posterchild's 2003 debut, Boy In da Corner. The self-produced beat for Rascal's break-out hit notoriously samples segmented portions of Billy Squier - "The Big Beat" (1980).
Following the truly senseless 1996-97 deaths of both Biggie and 2pac, up-and-comers Mos Def and Talib Kweli courageously banded together in an effort to spread a message of "peace and love." That very album, Mos Def & Talib Kweli Are Black Star, almost instantaneously achieved "classic" status. Black Star's lone album helped to solidify the idea of "Conscious Hip-Hop" throughout the mid-late 90's. In the 10 or so years since it's release, both Mos Def Yasiin Bey and Talib Kweli have grown to become great rappers [and actors]. While frequently appearing on each other's respective solo albums, Black Star's second record has been long rumored and far overdue.