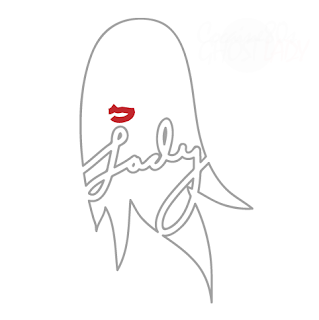 This cryptic message was packaged along with the 10/20-21 after midnight release of Cocaine 80s - GhOSt LaDy EP: "...but one of the many had their soul forced from where it was once was, and realized it wasn't so scary floating there, just outside the norm..." Thus building off the loose story arc initialized with Cocaine 80s' 2 previous June 2011 efforts: "...and he sang softly to them, and told them that though their noses may bleed, there would always be tissue... (The Pursuit EP) ...and when they returned only a short while after, they were warmly welcomed back with promises of more dope...oh, so much more..." (Like a Fool - birdsong).
Once again, the gang's all here; A slew of earnest session musicians, singer-songwriters, studio engineers, etc: Common, No I.D. James Fauntleroy, Kevin Randolph, Rob "The Mixer" Kinelski, Steve Wyreman, and Makeba. Employing a similar Tweet-for-download promotional campaign, GhOSt LaDy EP is now available over @ Cocaine 80s. Included within the FRESH tracklist are 1 re-visitation, 1 Common feature, and 6 well-crafted slow-burning jams for the upcoming [harsh] Fall season.