Yonas Michael Wants to Be a "Surf-Hop" Superstar 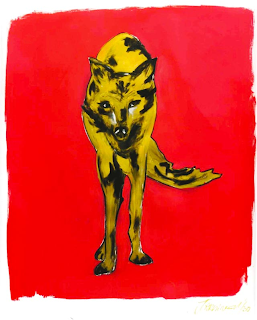 "It's provocative, new, Surf-Hop, edgy & not safe. But yet oh so sexy for the women," says Yonas Michael of the ideology behind his newly-crafted Surf-Hop sound. The artist formerly known as "Y-O" of U-N-I is putting the finishing touches on his debut solo project, Lost In Hollywood. So far, eager fans have heard a handful of assorted album tracks: "House Full of Women," "Scorpio Lover" (Preview), "Open the Door" [below], and "PUNKS." The latter will be the last official album advance until it's quickly-approaching Halloween (Oct. 31st) release date.
While actively creating Lost In Hollywood, Michael acquired beats from Ro Blvd. Mainframe, Faahz, Tony (Crimekillz), AJ Subat, Polyester, Tae Beast, Alejandro Chal, and Klutch. In a recent emailed exchange, Yonas Michael stated that the primary focus throughout was to make a classic, great album... and that the signature "Surf-Hop" sound was almost created haphazardly, slowly over time. Various artist of influence during this particular period in time included: Jimi Hendrix, N*E*R*D, Black Sabbath, Kanye, Edward Sharpe & The Magnetic Zeros, and Mos Def. *


* It should also be noted that Yonas Michael is actively searching for a new manager; Applicable candidates should be urged to shoot a simple, yet effective e-mail over to yonasisyo@gmail.com.
Posted by Matt Horowitz at 4:11 PM