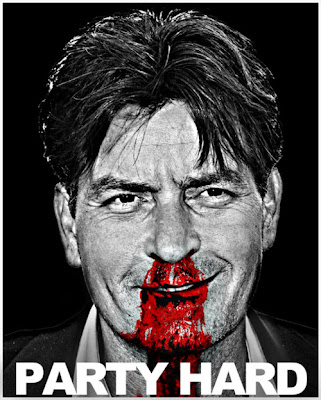 On paper and in the mind of say... a white-collar record exec, the billing of "Matt & Kim, Soulja Boy & Andrew W.K." couldn't sound any more foreign. But in the eyes [ears] of a casual music fan like myself, it couldn't make any more sense! Just think about it for a minute: In essence, the trio is made up of 4 like-minded, happy-go-lucky PARTYING hit-makers and Pop Culture Icons. Forget the silly pre-assigned genre titles of Indie Rock, Hip-Hop, and Hard Rock/Metal... because @ their cores, each individual act produces a continuous flow of simplistic, life-loving Pop ditties.


Converse assisted with the task of getting the 3 artists in touch and is preparing to release "I'm a Goner" under their 3 Artists 1 Song umbrella; The imprint's back catalog consists of Best Coast, KiD CuDi & Rostam - "All Summer" (2010) and Pharrell, Julian Casablancas & Santigold - "My Drive-Thru" (2008). Various interviews, commentary, "PARTY TIPS," published articles, and other mediums have been neatly chronicled throughout @AndrewWk's Twitter News Feed... over the course of the past 15 or so odd hours since the track's release.
A music video was recently shot @ a long-abandoned New Jersey hospital; The clip will make its nation-wide debut this upcoming Sun. (August 21st) @ 1:30pm on MTV2. Note-worthy hits from the collective include: Matt & Kim - "Daylight," "Cameras," "Good Ol' Fashion Nightmare," / Soulja Boy - "Crank That (Soulja Boy)," "Pretty Boy Swag," "Kiss Me Thru the Phone," "Turn My Swag On," / Andrew W.K. - "Party Hard," "She Is Beautiful," and "We Want Fun."
Posted by Matt Horowitz at 3:09 PM