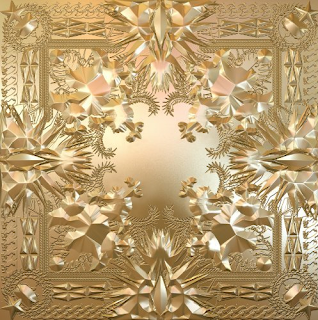 Let's be real... By now, 3/4's of Internet Dwellers have most likely heard tell of Watch the Throne. Long-time collaborators, Kanye & Jay-Z ["The Throne"] have finally re-joined forces to craft a full-length album of cold, hard beats and rhymes. Crisp backing tracks were submitted from an array of All-Star Producers including but not limited to Q-Tip, The Neptunes, RZA, and Swizz Beatz... Now for a collection of eloquently-laced words and numbers [stats]:


While most unsuspecting fans will take the "Watch the Throne" album title as a jab to up-and-coming rappers attempting to steal "The Throne" [spotlight] from Kanye & Jay-Z... I believe it bears quite the opposite message - To me "Watch the Throne" is more of a blessing from Jay-Z to Kanye (34); Mr. Carter, who's now 41, will eminently retire in the not-so-distant future. Having served as Kanye's mentor since his 2003 Rap career start-up. I see the album title as more of a blessing/well wish from Jay-Z... Essentially, a "carry on the torch and be sure to watch the throne"-type of message.