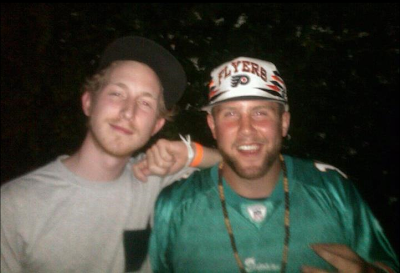 "Dude, I didn't get to go. I'm so pissed and kicking myself in the ass. Paul smoked a blunt with Chuck [The Cool Kids] on stage then got kicked out, went around back, and [saw] Asher Roth in a window. So, he threw a pebble at window... and Asher and Scooter Braun came down and bullshitted with him. Fuckin nuts! Paul's phone didn't work so Asher got Scooter to take the picture for him and emailed it to Paul." 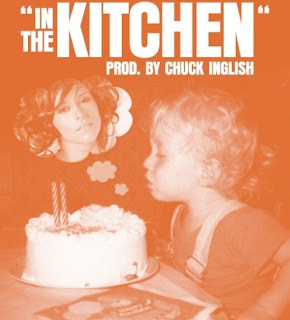 Let me attempt to bridge the gap here a mere bit: Nick Curio (Squid) heard about The Cool Kids' show @ Bam Margera's "The Note" in Westchester, PA, Thurs. evening. He then extended the invite to his Zombie Gang bandmates and a few close friends. Time wasn't exactly on their side and people had prior plans, as most people would on a Fri. afternoon/night... Pauly Patey, Angie Park & Jess DePalma ended up tagging along with Squid.
Yesterday (August 11) was Asher Roth's birthday... HAPPY [BELATED] BIRTHDAY, BUDDY!!! Always the crowd-pleaser, Asher released a new track to his fans in honor of his 26th year - "In the Kitchen:" A Chuck Inglish Production. The Cool Kids' proper debut, When Fish Ride Bicycles is out now, while Asher Roth's Untitled Album #2 is expected TBR sometime in the near future.

Posted by Matt Horowitz at 2:14 PM