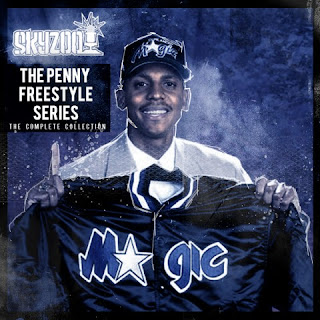 "In the spirit of lyrical exercise, I figured I'd start a chain of freestyle releases entitled "The Penny Freestyle Series." As a kid, Penny Hardaway was my favorite basketball player, hands down. Labeled the "Second Coming," he took the mid-90's by storm! We all know [that] if his knees didn't give out, he'd be listed in the Top 50 of All Time, Hall of Fame, the works. So, what would have happened if Penny's knees DIDN'T go out on him? He would've [easily become] one of the greatest ever. Hence where I come in...
For this week's Penny Freestyle Series, we conclude with "Wikipedia Rap" [Lupe Fiasco - "Failure"]. This is the final entry in the Penny Series. I honestly had a blast knocking these out for y'all week by week. Click the cover for "Wikipedia Rap," and see the link below for the full collection, in case you missed any of the previous verses... The Penny Freestyle Series (The Complete Collection)."

Posted by Matt Horowitz at 1:35 PM