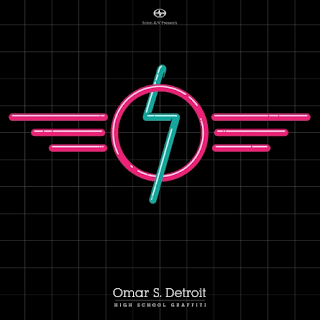 Assuming the moniker "Omar-S," Detroit native Alex O. Smith has been fine-tuning batches of Hip-Hop-tinged Dance beats since about 2003. For the most part, Omar-S has gone the DIY route; Releasing white label 7-12" LP's, custom CD-R mixes, assorted "Omar-S Ice Trays," and WAV files @ his own FXHE Records website for $5-11. Also of note are Smith's 2 long-players: Just Ask the Lonely (2005) and It Can Be Done, But Only I Can Do It (August 2011). The final product is generally classified as either Techno-Dance, Deep House, * or within additional closely related sub-genres.
Omar-S' latest concoction has been oh so eloquently dubbed "High School Graffiti EP." The 5-track collection was liberated by Toyota's Scion A/V imprint on August 9th. Did anyone else even know that Scion had a functioning "label?" Sounds kinda like a watered down, cheap rip-off of Green Label Sound (Mountain Dew). But in some odd perception of rationality, their team-up makes a mild bit of sense... since @ one point in time, Detroit was in fact the "Motor City" [car manufacturer] capital of the world!

"Deep House is a sub-genre of House music that fuses elements of Chicago House and Jazz-Funk with [minor] touches of Soul... Later Deep House tracks (1993-94) were also heavily influenced by Disco and even merged into a disputable Disco-House [sister] genre." 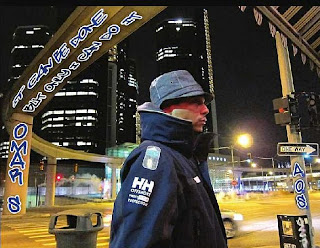