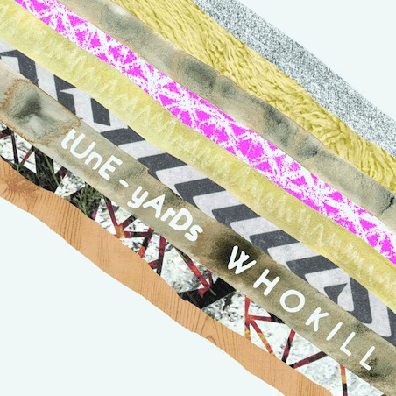 WITZARD PRECURSOR: Now, I'll be the first to admit that I dig some pretty "Weird Music," but... this is almost a little too odd for my liking. Definitely interesting though - It's utterly great that "adventurous shit" like this is getting Nation-wide [Late Night] TV recognition!

tUnE-yArDs is the passion project of Oakland, CA native Merrill Garbus. For all intensive purposes, her live band is beefed up to include Nate Brenner (Electric Bass) & The Unknown "w h o k i l l Horn Section." tUnE-yArDs' genre is quite often classified as either Lo-Fi, R&B, and/or Experimental ("Wild"). Aside from banshee-reminiscent vocals, Garbus also contributes percussive elements, drum/vocal loops, and added ukelele flourishes.