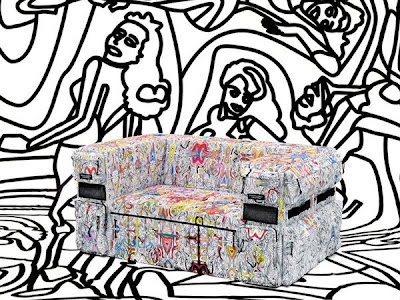 "Built to Resi(s)t" is a new collaboration between Dutch fashion designer Antoine Peters and Quinze & Milan (furniture manufacturers), as well as Eastpak (bag brand). Together, the 3 created a comic strip-esque couch, which was then colored in by eager fans. The couch/piece was then put on display at Interieur 2010, the 22nd International Design Biennale in Kortrijk, Belgium. Here, it was further colored in, during the "World Is Flat" segment of the event. 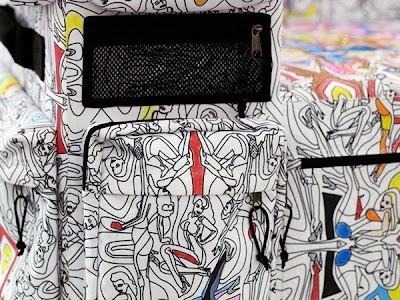 Antoine Peters' recent S/S11 collection was then accompanied by a music video-single that further featured the "Built to Resi(s)t" couch. The piece, a send-up to Pop Art, currently holds a spot on MTV's rotational playlist. Peters' also took lead vocal duties on "The World Is Flat," and conceived the 2-D video's message/treatment. 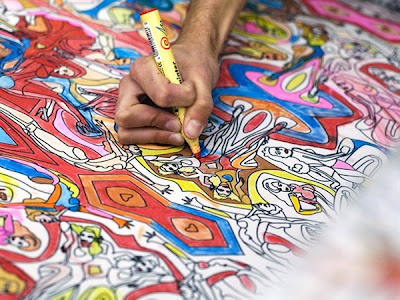