FRESH from the Decon Editing Room: 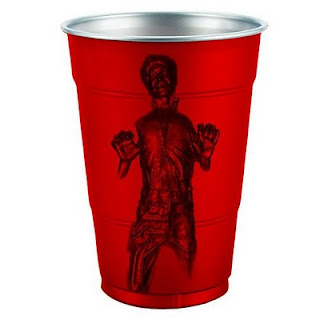 The whole idea behind Gangrene - the name (and it's connotation), the grimey artwork, the duo itself, the dirty beats - is so non-commercial. But the viral videos they've been steadily releasing are GOLDEN! Between the mock-ups of old, classic memes and original short films, Oh No + Alchemist's videos are so entertaining and dare I say "commercial." This new visual for "All Bad" is a compilation of a bunch of those "2 Girls, 1 Cup" YouTube Reaction videos (2008). Directing/Editing duties were (again) helmed by "Unofficial Gangrene Member #3," Jason Goldwatch. Kudos to the Decon marketing/promotion team! Gutter Water is available now @ a record store near you.

*Also surf on over to the recently launched Gangrene/Decon site, "Sewer Gravy" [http://www.sewergravy.com/]. It keeps running with the grimey theme of the album, and features a collection of images, music videos, mp3 downloads, and some "hidden" YouTube randomness (Denny "Blazin'"Hazen, Cardboard Guns, and Kermit).