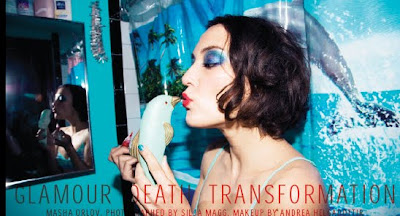 This is a really cool new "video" I spotted over at Highsnobiety. It was directed and styled by Marsha Orlov, with photography and make up done by Silja Magg and Andrea Halgadottir respectively. From what I can tell, it's a series of many pictures painstakingly sequenced in a specific way, so that together, they create a "moving" story. India Menuez and Michelle Harper are the models(?) that star in the GDT clip. It seems to have been created for a feature in Andre Walker's online "object-zine," TIWIMUTA, Vol. 2. The music in the background is a track from RATATATAT's recent LP4, "Imperial" After it's creation and release, GLAMOURDEATHTRANSFORMATION, has now supposedly become the track's "Official Video." 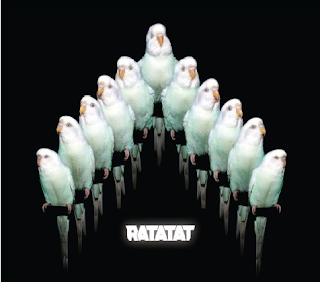 Posted by Matt Horowitz at 8:15 AM