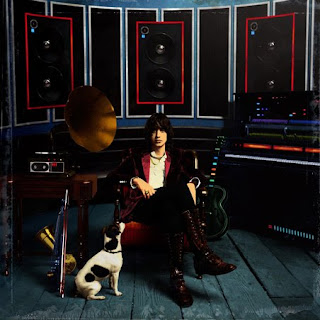 "I Wish It Was Christmas Today" originally premiered on an early 2000's episode of SNL. It was penned and performed by a festive "band" consisting of Horatio Sanz, Jimmy Fallon, Chris Kattan, and Tracy Morgan. Julian Casablancas (The Strokes) liked it so much that he recorded a cover version. It was released as a limited edition 7" single, around the time of his debut solo album, Phrazes for the Young . Around the time of the Christmas 2009 release, Julian stopped by Late Night with Jimmy Fallon, performing a "mash-up" of sorts backed by Jimmy and the boys.

Posted by Matt Horowitz at 8:38 AM