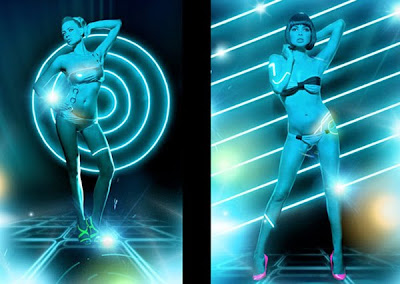 By now, most everyone knows that Tron: Legacy, the sequel to the 1982 cult classic, is out in theaters nation-wide today (Friday, Dec. 17). Set 20-some odd years after the original, the film stars Jeff Bridges, Garrett Hedlund, and Olivia Wilde, amongst others. Its plot follows Sam Flynn (Hedlund) on a quest to rescue his father, Kevin (Bridges) from inside an ancient computer system/virtual world. While inside "The Grid," Sam and Kevin are assisted by program warrior, Quorro (Wilde) in their epic quest to bring down the reign of Flynn's evil digi-clone, Clu. Daft Punk not only scored the film's soundtrack, but also appear as 2 "MP3 Programmers"/DJ's during a club scene featured at its heart. The said score (aka "Album 4") has been described by Music Supervisor Jason Bentley as a very dense, layered orchestral/electronic, Pop Culture-referencing piece. 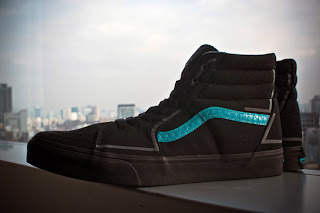 And here, we have featured, for good measure, an interesting "artifact" - A Slum Village/Daft Punk "collaboration" of sorts. When creating this track in the time between 1997-97, J Dilla unknowingly sampled a Thomas Bangalter composition. "Raise It Up" borrowed sections from a bootleg rip of "Extra Dry" (Trax on da Rocks, Vol. 2). Low and behold, Bangalter and musical partner, de Homem-Christo weren't pissed; Quite the contrary, actually. They turned out to be huge Slum Village fans!.. So honored, they kindly asked the group to craft a companion Vocal Remix for their 2001 hit single, "Aerodynamic." 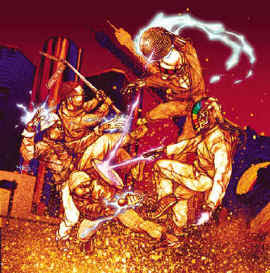