Inter-Web, friends, "Friends," acquaintances, Hip-Hoppers, strangers... Here, I present you with the infamous A Tribe Called Quest documentary trailer!!!
The piece, directed by actor/musician/comedian Mike Rapaport, has been in production for several years now. Nas Escobar is also reportedly attached to the project, serving as a producer. Rapaport has been known to be a Hip-Hop fan- Even appearing on various tracks from Jaylib, Ludacris, Talib Kweli, H2O, Jay-Z, and Frank Zappa (1995's Civilization, Phaze III skits). He has also appeared in many feature films over the past 18 years, and recent popular TV series including: My Name Is Earl, Friends, Boston Public, and Prison Break. "Beats, Rhymes & Life" will be showcased at the 2011 Sundance Film Festival, but still has a TBD wide release date. It's plot will start with the group's recent reunion at Rock the Bells 2008, and the subsequent 2-year tour that followed. The story will be told by the 4 members themselves, along with tales from close associates (De La Soul, Busta Rhymes, Kanye, Beastie Boys, Pharrell, and more). 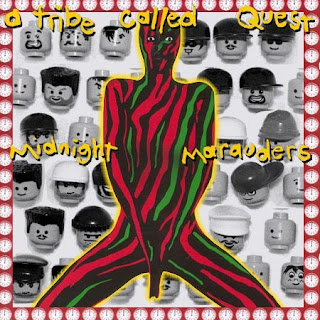