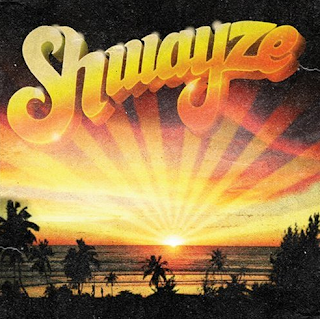 Shwayze (Aaron Smith) started his "Hip-Hop Hustle" in Malibu around 2005. His self-titled debut album was then released a few years later in 2008. "Shwayze" (the group) consists of Smith and friend/collaborator, Cisco Adler of Whitestarr. The 2 were propelled into the limelight by the mainstream popularity of the singles, "Corona & Lime" and "Buzzin';' The latter also being the name of a (short-lived) MTV series that chronicled this rise to fame. I saw Shwayze on Warped Tour 2008 and then again a few months later at local venue, Hangar 84. They were very high energy live and overall, the music was different and entertaining. Album #1 was [and is still] very enjoyable, especially through these rough, winter months. After that, Shwayze put out a few mixtapes, a second album (Let It Beat), and a "solo project" (as Aaron Smith). These albums were not as enjoyable, for me at least... And seemed much more "commercial" and less original. Maybe Album #3 will sound more like their first...