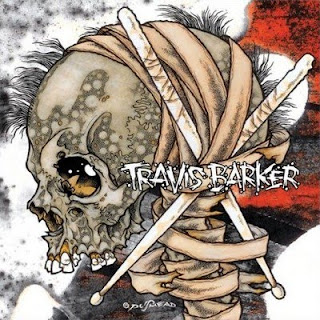 After a series of [faux?] break-ups, hiatuses, and reunions, the Transplants are finally back together. The group's first track back ("Saturday Night") appears on Travis Barker's solo album, Give the Drummer Some. On the album cut, Tim Armstrong, Travis, and "Skinhead Rob" will also be joined by Guns 'N' Roses alum, Slash.
Pick up Travis' [seemingly] highly-versatile set when it's released on March 15th. The drummer is rumored to be appearing @ Tilly's in the Deptford, NJ Mall for a "meet-and-greet" on Sat., March 26.
The Transplants' third album is rumored to see a TBA 2011 release. And also keep your eyes/ears pealed for info on Blink-182's new album! It will mark their first release since 2003, a 2005 split, and 2009 re-formation. Word on the street is that it'll see the light of day in June/July, with a summer tour to soon follow.