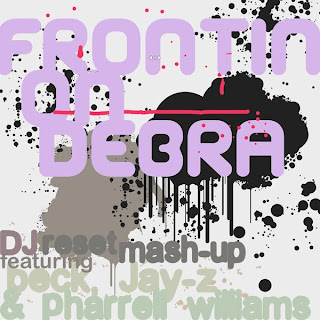 For all intensive purposes, the genre was formed in an effort to express 21st Century youths' interpretation of "The Remix." Usually composed by college frat dudes eager fans from their desktop computers. Mash-Ups have become increasing more and more note-able since the early 2000's; with Popular artists including Girl Talk, Danger Mouse, "The Beastles," Dean Grey, and Max Tannone, amongst other DJ's. Since it's inception, the genre has become increasing legitimized as time passes, thanks to Creative Commons [licenses].


Right around 2004, New York-based DJ Reset released "Frontin' On Debra," his premier release... as well as the first commercially available mash-up track on the market. Fully backed by Interscope Records, Reset began the tedious process of blending the isolated vocal/instrumental tracks for Beck - "Debra" (Midnight Vultures) and Pharrell's debut solo single, "Frontin.'" Pain-stakingly adjusting pitches, cross-fading, cutting, pasting... and so on and so forth along the way as need be. The eventual result was the natural-sounding "Frontin' On Debra," on which you'd be hard pressed to believe that Beck, Pharrell & Jay-Z weren't all cohesively in the studio to track and record.