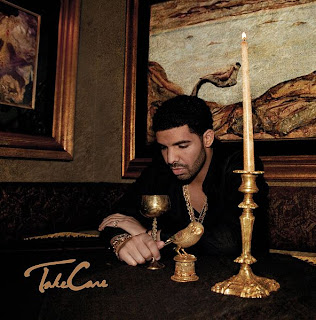 The pursuit of "Peace, Love & Happiness" is a pretty basic, universally echoed sentiment... one quite often further solidified and paired up with musical accompaniment. Admittedly not exactly the most "genuine" public figure, Drake has never seemed so real and unguarded as of late; Well, @ least not since the early days of "Best I Ever Had" (So Far Gone). Now, this may just be a premature evaluation of sorts... But I strongly believe that "Take Care" will serve has the Magnum Opus of Drake's similarly-named sophomore album. This, due in part to an appearance from the reigning Queen of Electro-tinged Smooth R&B and Hip-Hop, Rihanna. If you like what you hear, show your support and pick up a copy of Take Care when it's [widely] released this coming Nov. 15th.


"Listen, enjoy it, buy it if you like it... and take care until next time," Tweeted Drake Monday morning, after the imminent album leak-age. For all intensive purposes, this post will solely focus on "Take Care" - 1 of 2 Jamie xx-produced tracks. The Weeknd-assisted "The Ride" is mysteriously absent from the leaked tracklist. But Jamie xx would have @ least received a co-production credit for "Take Care;" Harvesting a sampled chunk of "I'll Take Care of U," pulled from Jamie xx's re-working of Gil Scott-Heron's triumphant comeback album, We're I'm New Here (2010-11). A self-proclaimed Jazzed-out "Bluesologist," Gil Scott-Heron's was a true revolutionary of a man and sadly, a genuinely tortured soul... Who's vices eventually got the best of him.
Posted by Matt Horowitz at 8:15 AM