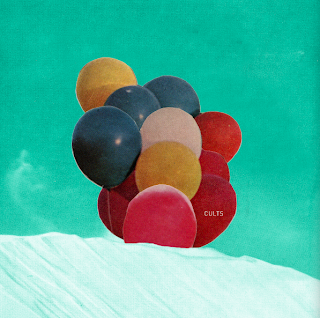 Madeline Follin & Brian Oblivion [O.K.A. "Cults"] somehow manage to produce a blend of sun-drenched Pop and 60's era Girl Group ditties, which is the total 360° flip of their adverse dark, gloomy public image. Following the release of their self-titled debut long-player (In the Name Of), Cults went on to announce an interesting second step:

"We're working on a Hip-Hop mixtape of the album. Like, changing all the songs up and getting up-and-coming rappers, guys like Freddie Gibbs and Lil B and stuff. That's gonna be really exciting. We've been dealing with a lot of really bizarre managers... interesting personalities."