Other Side of The Nickel: "Hawthorne Halftime" (Detroit Lions Thanksgiving) 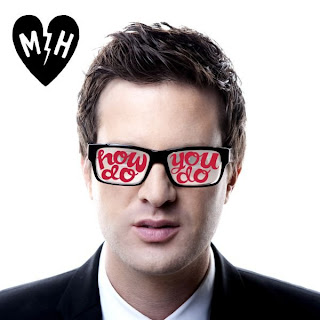 "Nickelback appeals to the average drunken frat boy who can shake his fist and maybe do some pelvic thrusts to their music. And maybe do a couple goofy dances in the mix," proclaimed an outraged Dennis Guttman; Otherwise know as the football fan who spearheaded the recent Anti-Nickelback Detroit Lions Thanksgiving Halftime Show campaign. Since the NFL announced the band's appearance, Guttman's reaction video and companion petition garnered roughly 65,000 [combined] digital endorsements!

Soon thereafter, Ann Arbor, MI native Mayer Hawthorne somehow got roped up in the campaign effort - Partnering with the good people over @ Rolling Stone to release his own "Hire Me" campaign video. In my personal opinion, Hawthorne would have been a great choice for the Motor City's halftime show performer... as he produces a unique blend of Hip-Hop and "The Motown Sound." Genres for which the city itself has become [in]famous for supporting and creating. While Mayer Hawthorne's efforts were met with no avail, that sure did not stop the eager musician... from giving the people what they wanted!
Mayer Hawthorne then set out to assemble a pick-up band of talented, like-minded Detroit musicians. Hawthorne's own multi-talented father, Mr. Cohen, Sr. even manged to make an appearance bass and also lent his basement as "performance space." Originally broadcast in real-time as an alternative to Nickelback's halftime show debacle, Hawthorne Halftime is now [oh so conveniently] available for your home viewing pleasure. Delightfully packaged within are hits like: "Your Easy Lovin' Ain't Pleasin' Nothin," "The Walk," "A Long Time" (How Do You Do), and "The Ills."
Posted by Matt Horowitz at 7:54 AM