The Mysterious Ways of Snow Patrol: "Called Out In the Dark" (Fallen Empires) 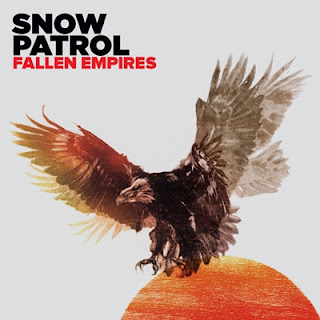 Despite [or maybe as a result of] the fact that I'm essentially an average un-coordinated Jewish-American male, I like damn near anything with a smooth rhythm, short catchy hook, and dance-able beat. With that said, my musical pallet is pretty varied and far-spanning... I've been a moderate Snow Patrol fan since Day 1 (2003); Following their chart successes/failures, soundtrack appearances, musical experimentation, and personal growth. On the way to work yesterday morning, I managed to Soundhound a mysteriously catchy little radio ditty. To my surprise and delight, it was in fact the new Snow Patrol single, "Called Out In the Dark."


The band has been secretly working on new material since roughly late 2009-10. Fallen Empires is now complete and nearing it's fast-approaching Nov. 15th release date. Once again choosing to work with producer Jacknife Lee, the album will be made up of 14 new tracks and will seemingly forge uncharted musical ground: Indie-Electronica and Electro Rock. Thus far, Snow Patrol has released 2 promotional singles... "Called Out In the Dark" (August) and "This Isn't Everything You Are" (October). For all intensive purposes, this post will focus on the lead-off single.
"Called Out In the Dark"'s accompanying music video was directed by Brett Simon, along with the choreography of Noémie LaFrance. Jack Davenport of Pirates of The Caribbean fame is subbed in for frontman, Gary Lightbody. A slew of cheesy organized group dance scenes, awkward moments, and hi-jinx ensue as Lightbody attempts to re-gain top ranks of his own band. Tara Summers (Boston Legal) plays the agitated red-haired pseudo-video director. "Called Out In the Dark" ends with a truly cute/awkward couples dance routine, lead by a handcuffed Lightbody & Summers. #NOVEMBER15