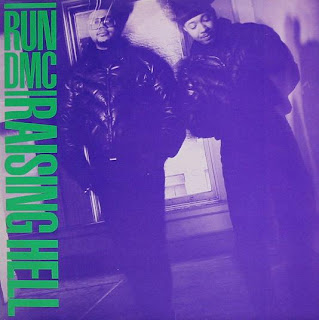 In an effort to commemorate the 25th anniversary of Run-D.M.C's seminal release: "My Adidas," surviving members Rev. Run and D.M.C. have now teamed up with the good people over @ Adidas. Unveiled just yesterday [11/11/11], Adidas Originals Superstar 80s are essentially the "shelltoes" that Run-D.M.C. forever immortalized some 25 odd years ago, in the Summer of 1986; Permanently cementing Hip-Hop's residency in the vast world of music. While the companion album, Raising Hell, seemingly the band's commercial breakthrough, it was actually their third overall and first with super-producer Rick Rubin.


To put it lightly, these are the mere sounds that forever changed the face of music, blew out and fuzzed genre guidelines... affixing Hip-Hop as more than just a here-today-gone-tomorrow fad, and officially crowned Run-D.M.C. & Jam Master Jay as the 3 reigning kings of Hip-Hop. In honor of the special occasion, Mick Boogie decided to gather up some friends and dub up an original tribute mixtape: My Adidas. Boogie managed to wrangle up the likes of: DJ Jazzy Jeff, Money Making Jam Boys (The Roots), Chip tha Ripper, Rapper Big Pooh, and Tanya Morgan to contribute "freestyled covers" for the weekend's festivities. Mixtape selections were pulled from the classic batch of tracks recorded between Run-D.M.C (1984) and Down with The King (1993).

"["My Adidas"] was a song that was about our sneakers, but it was bigger than just talking about how many pairs of sneakers we had... Yeah, we wear Adidas [with] no laces, we got gold chains, we got Cazals and all of that, but I go to St. John's University. These Adidas stepped onstage at Live Aid. People gave and the poor got paid. It was about taking the image of the B-boy and B-girl and letting the world know we're a people of vision, we're inspiration, motivation, we're educated too. So it's kind of a kick in the face to the people that was hating on Hip-Hop."

Posted by Matt Horowitz at 1:17 AM