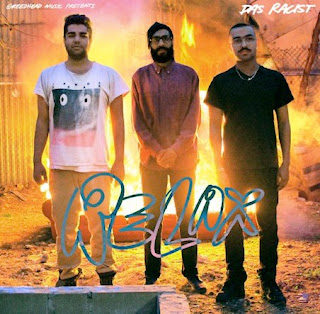 "About a year and half ago, [Heems] sent me a bunch of Bollywood tracks he wanted to sample. I'd take the tracks and chop them up on my MPC and then just let them fuck around until we'd found something we liked... "Michael Jackson" was originally an entirely different song. Right after we made the beat, the guys rapped on it and then it just sat in our vault for about 8 months. The next time we listened to it, we decided to trash all the verses and put the newly-written ["Mike"] hook on it. Then they wrote the final verses. We were working on that track off and on for almost an entire year. I probably did about 25 mixes before I got to the version that's on the record!" - Patrick Wimberly