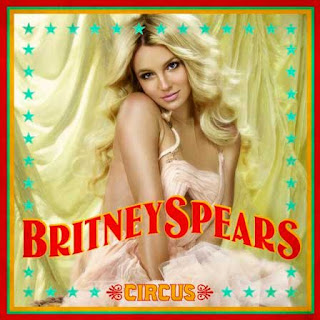 The year was roughly 2008-09: Little did the world know that the concurrent career paths of 2 very different Pop Culture titans were about to miraculously collide. 2007 is generally regarded as the year Britney went "bonkers" - head shaving, public outbursts, rehab, spur-of-the-moment tattoos, mental instability, and other seemingly related antics. With that said, Britney Spears somehow re-gained consciousness, managing to pull her career out of this downward spiral; Blackout and Circus were released back-to-back in 2007-08, spawning acclaimed hits like "Womanizer," "Piece of Me," and title cut, "Circus."


Around the same time, Marilyn Manson was going through some legal troubles of his own... All the while, recording and conceptualizing 2 of his own studio albums: Eat Me, Drink Me (2007) and The High End of Low (2009). "Heart-Shaped Glasses" proved to be a well-received commercial "single," of sorts and Phantasmagoria: The Visions of Lewis Carroll was seemingly prepared and aborted (2006-09). Manson's short-term marriage to throwback beauty, Dita Von Teese reportedly ended because of an extra-marital affair with 19-year-old co-star, Evan Rachel Wood.
The Circus Starring Britney Spears ["Circus Tour" for short] was designed in a way so that it would be able to show the intense roller coaster ride that was Spears' personal life/career @ the time. Chronicling the ups and down, highs and lows, sheer passion... in a highly dramatized, metaphorical way, of course. The mid-point of it's 5 acts was marked by "Sweet Dreams" (Interlude). For all intensive purposes, a pre-filmed masked party scene that was soundtracked by Marilyn Manson's cover of Eurythmics' 1983 hit single. Introduced to the world-wide tour in 2009, but not liberated to the masses until this very day in 2011... The intertwining of 2 of this decade [and some change]'s most universally loved/hated Pop Culture figureheads is without a doubt something to see, a situation which truly warrants the attention.
Posted by Matt Horowitz at 9:00 AM