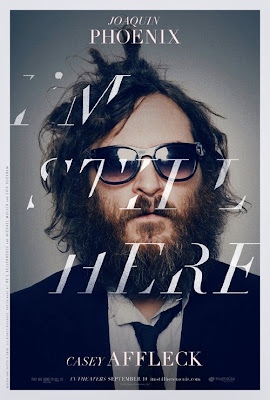 Alright so, this is the much talked about Joaquin Phoenix/Casey Affleck "documentary." I'm Still Here always looked intriguing, since I heard of it's inception a few years back. Basically, it follows "JP" as he retires from acting (2008), and goes down the Hip-Hop career route. Featured appearances include Diddy, Ben Stiller, Mos Def, Letterman, and various other totally clueless celebrities. Joaquin and his handlers/buddies get into all sorts of outlandish antics throughout! Around the time of it's independent theater release, Casey and Joaquin both went on record saying that it was all a hoax. In a Letterman appearance, a clean-shaven Phoenix said that the overall underlying "theme" behind I'm Still Here was to play with the ideas of "Celebrity" and "Reality TV." I'm still not totally convinced. I, personally, would like to think that it was real. Either way, definitely worth checking out! And "JP" indeed has some serious rap skillz! 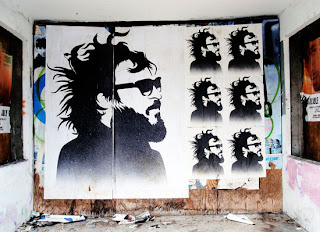 I'm Still Here ["The Lost Year of Joaquin Phoenix"] is out now on DVD/Blu-Ray (and ONDemand). Some deleted scenes and audio commentary are also included along with the home video release.