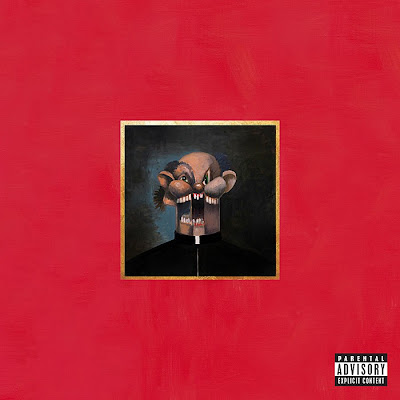 Lane Brown said it perfectly,
"Monday's issue of New York will feature an interview Dan Kois did with George Condo in which the artist discusses the five covers he painted for Kanye West's new album, My Beautiful Dark Twisted Fantasy. This afternoon — too late to get it in the magazine, sadly — Kanye's label sent us a jpeg of this awesome painting (and asked that we use it instead of our photo of this other one). We asked Condo about the inspiration for The Priest, which we assume — though we certainly could be wrong! — will be MBDTF's fifth cover, and he sent us this via e-mail: [Kanye and I] talked about paintings in the early baroque era depicting religious figures, and wanted to push that out into the open in today's world. It mirrors the 'paranoid' riff on one of the tracks."" - NYMag.com, 11/19 post.

For those of you who have been living under a rock lately, Kanye's new album is out this Monday, Nov. 22.
Posted by Matt Horowitz at 11:52 PM