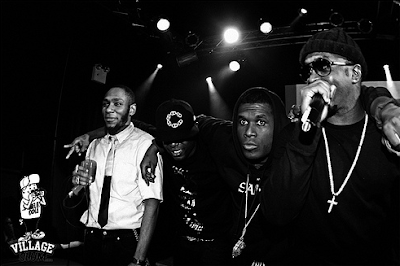 OK, this is really unexpected (but GREAT news)! Over the weekend, Jay-Z held a press conference/show @ The Box in the "Big Apple." The topic @ hand was to reveal that his label, Roc Nation, had inked a deal with Jay Electronica. [I bet Diddy's pissed.] A handful of tracks were then performed, and subsequently released to the Internets soon thereafter. The first CD-Q track to leak was "The Announcement," which features a voice audio snippet of JFK's infamous "Moon Speech." The second ("Shiny Suit Theory") showcases an All-Star cast including new labelhead Jay-Z, Charlotte Gainsbourg, and The-Dream. So, let's hope that this means that Act II: Patents Of Nobility (the turn), "Abracadabra: Let There Be Light," the Guilty Simpson and Mos Def collabos, the Jason Goldwatch/Decon film project, and more... are released in a timely fashion! Because the far-too-limited collection of tracks Jay has put out over the past 6+ odd years, TRUMPS most accomplished artists' entire back catalogues [Ex 1: "Exhibit C"]. 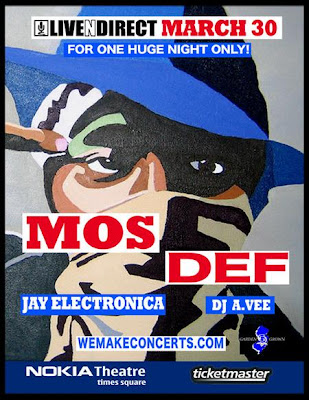