"The Granddaddy of House" 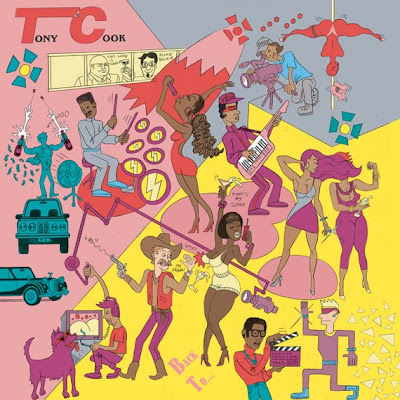 Tony Cook - What's On Your Mind feat. Dam-Funk by stonesthrow

At the green age of 19, Tony Cook became the new drummer of James Brown's The J.B.'s in 1976, continuing on with them until the bandleader's death in 2006. During his time with The J.B.'s, Tony also assembled his own band, Party People. In 1982, a deal with Halfmoon came to fruition. Tony had his mind set on creating something totally FRESH, and ended up doing so with 1984's "On the Floor (Rock-It)," merging Funk and Disco; This mash-up in itself is interesting, because Disco basically ushered in James Brown & The J.B.'s early '80's expiration date. The ground-breaking track was conceived in the process of trying to conjure up a "Hit." Tony has said that "On the Floor" was a rap record at first, which was then re-tooled by Timmy Regisford and Boyd Jarvis (hence the "Special DJ Master Mix" credit.)
Currently signed to Stones Throw, Tony has released 2 recent 12" singles - "What's On Your Mind?" and "Video Rock." While a "new" record, Back to Reality, is set to be released into the world on Jan. 25, 2011. It's a collection of unearthed side-band gems from the Halfmoon Era (1982-'86), with updated re-mixes and vocal touches supplied by Peanut Butter Wolf and Dâm-Funk. The 2LP vinyl version of Back to Reality is now available EXCLUSIVELY @ stonesthrow.com/store for a mere $19.98.