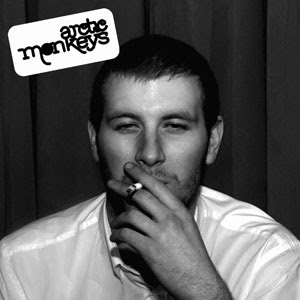 Tracks #2 and 3 from the band's CLASSIC 2006 debut album, Whatever People Say I Am, That's What I'm Not. LP 1 became/remains the Fastest Selling Debut Album by a UK band; Selling an astonishing 360,000 copies in its first week - Even outselling The Beatles' debut! The Monkeys sound like a faster, dirtier [Cockney] version of The Strokes. Albums 2 and 3 quickly followed, 2007 and 2009 respectively. Album #4 is in the works as we speak, and my guess is that it'll see the light of day in 2011 (along with a tour).
I can remember BLASTING Whatever People Say I Am... from the stereo of my first car, a red 1993 Olds Cutlass Supreme convertible, back at the start of high school! The Arctic Monkeys really managed to create the perfect blend of Punk, Alt. Rock, and Pop while continuing to stay progressive and original with each album. But in my eyes, their debut will never be topped.